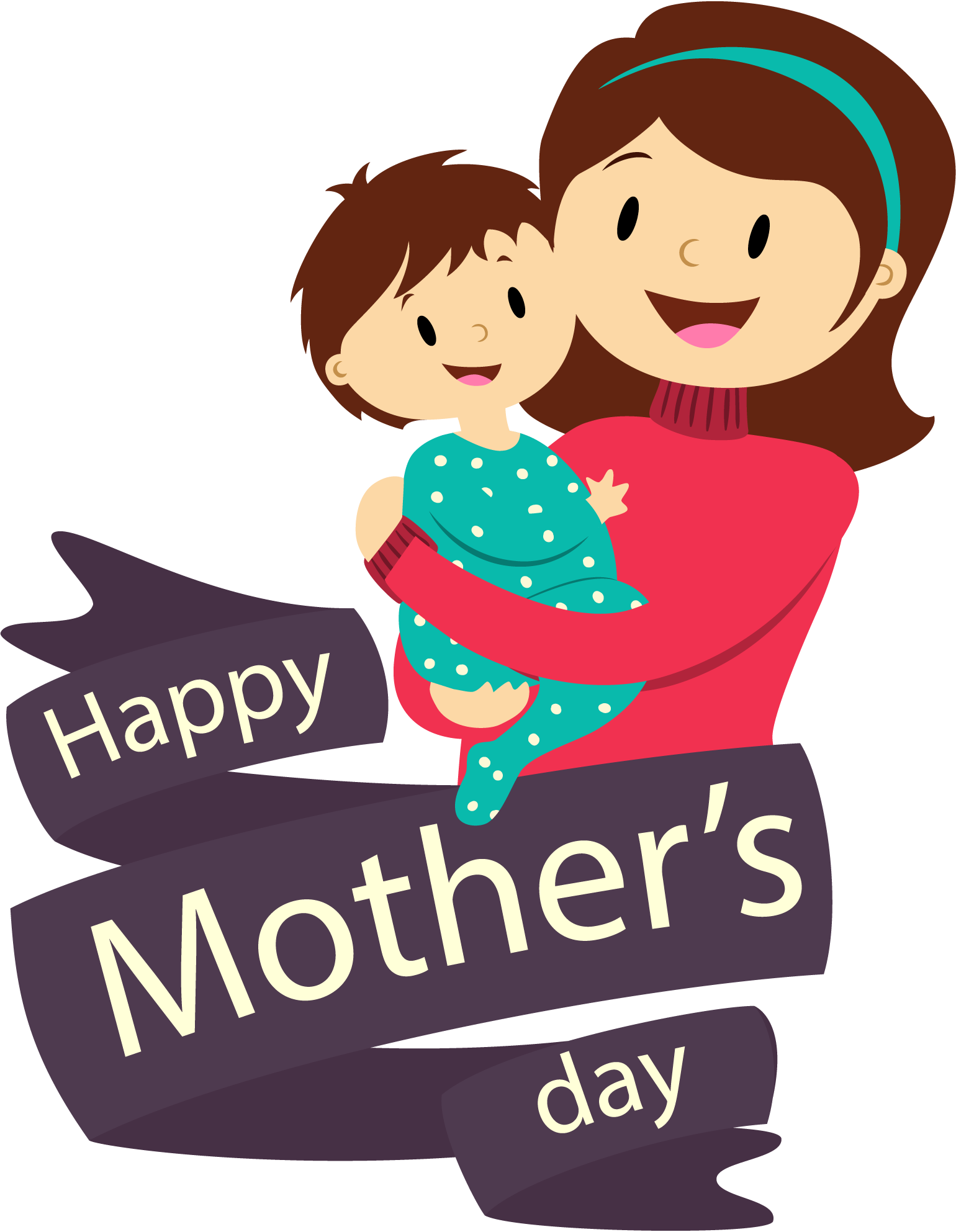 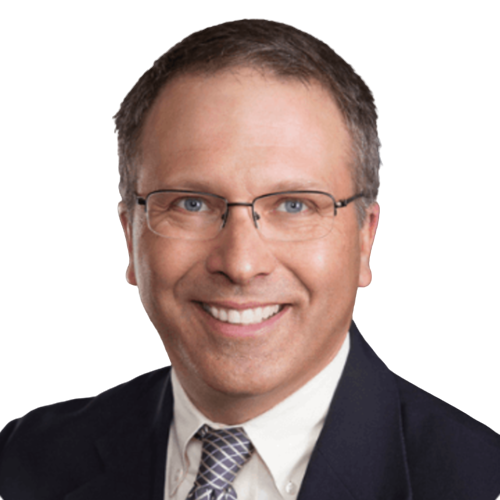 Steve is a passionate outdoorsman who grew up competing in the sport of sailing, where the lightest, quickest ideas and equipment were required. After relocating to Colorado, where huge bodies of water are scarce, Steve chose mountain biking as his favorite activity. As a result, Steve was able to combine mountain biking with his extensive knowledge of carbon fiber and exotic materials gained from sailing to create what is now known as the World Leader in Fatbike Technology.

After graduating from college, Steve began working in the packaging sector, specifically in the printing and packaging industry. While working in those industries, he gained extensive knowledge about colors and advanced manufacturing. After that, he went to work for Paper Machinery Corporation which made machines producing paper cups and containers. All of this happened in Milwaukee, Wisconsin. Steve then moved to Philadelphia and went to work for Graphic Packaging, a division of the Coors Family of Companies.

Steve moved to Atlanta after the merger between Graphic Packaging & Universal Packaging where he joined Printpack heading up the Mergers and Acquisitions group. In 2002, while in Atlanta he was approached by a small start-up, Oracle Packaging which he helped grow to $135 million in sales as VP of Sales & Marketing. Oracle was based in Tulsa, Oklahoma with operations in Ohio, North Carolina, Pennsylvania, Illinois and Georgia. Steve worked with Oracle until 2010, when the Folding Carton Division was sold to MeadWestvaco. Steve left MeadWestvaco and accepted a position with Chromatic Technologies (CTI) again as VP of Sales & Marketing but also as a large shareholder in the company. CTI is an ink manufacturing company in Colorado Springs which makes color-changing inks. After a large stock redemption, Steve left the company and started teaching at Colorado College. “It was at Colorado College when I started the company, Borealis Fat Bikes, and I’ve been doing that for the last nine years,” says Steve.

Innovation that Leads the Path

Steve spotted an opportunity to enter the fat bike market nine years ago by quickly switching to carbon fiber and making the bikes much lighter. “Even though fat bikes had been around for 20 to 30 years they needed to be lighter before the category would really take off!” Steve explains. So the idea was to produce bikes that were considerably lighter, and Borealis Fat Bikes developed a bike design that was 12 to 15 pounds lighter than any other bike on the market. “That’s what really ignited the genre,” Steve explains. It shook up the market, and Borealis was the first company to introduce a carbon fiber fat bike.

The Borealis team spends a significant amount of time focused on quality. “Not everyone thinks of quality as innovative, but we do,” Steve explains. He believes that if you are always upgrading a product, you must be innovative most of the time in order to improve the product’s quality and performance. He further states, “Once we’ve fine-tuned all of that, then we start looking at how we can make a step change in our product offering, and two years ago, we changed our website so our customers can build the Fat Bike of their dreams online by selecting exactly what they want.”

During the first five or six years of a company’s existence, there are usually hurdles. According to Steve, Borealis’ culture had evolved to the point where it was unhealthy and there was a lack of mutual respect among employees. He recalls, “Not having mutual respect caused a lot of problems, but we fixed it after a long period.” People management, according to Steve, is always the most difficult. “Sometimes the currency is money, but other times it’s vacation, overtime opportunity, or the chance to take a month off and go on a very unusual trip,” he explains. The second obstacle, according to Steve, has been harmonizing the company’s systems for employees and aligning computer systems, accounting systems, and inventory management. He asserts, “Once we got all that figured out and had it working, really magical things started happening.”

People here at Borealis enjoy getting out on their bikes, no matter what they’re doing or where they’re going. The Borealis team tackles local single-track in Colorado Springs, and big bike trips include riding throughout the Colorado Front Range, in Moab, and other locations where a fantastic experience is guaranteed to be found. The team’s combined bike experience allows them to create the best goods possible. Borealis is the industry leader in fat bike frames and components, and it seeks to provide the best fat bike equipment for the most demanding adventures.

Steve’s definition of success for this company is to develop a company that produces the best fat bikes in the world, rather than a largest Fat Bike company. He aspires to be renowned as the best fat bike manufacturer when it comes to fat bikes. “You know, some people consider Ferrari or Maserati to be the finest, and I want to be the Ferrari of fat bikes,” he says. He continues, “This is all we do, and we don’t sell any other items but fat bikes. ” “We are very, very laser-focused, and if the world recognizes Borealis as the greatest, if we can make some money, if we can have a nice culture, and if we all have a wonderful year, that would be success to me,” Steve adds.

Family is the Support We All Need

According to Steve, you spend a lot of time at work when you first start your entrepreneurial path, and you need to have a strong support team behind you. However, the sacrifices made by your family are sometimes overlooked. “My wife and kids know that I work very, very hard and that I’m frequently gone or missing something that’s essential to them,” he says. He believes the importance of the family factor is vital to the success of any start-up. Because many other entrepreneurs he has observed have prioritized their start-ups over their families, resulting in less-than-ideal marriages and relationships, as establishing a business is a 24-hour-a-day, 365-day-a-year endeavor. “I believe it’s incredibly vital that your support system, your family, is 100 percent behind what you do every day at the office,” he adds.

According to Steve, he now tries to arrive at the workplace a bit later and leave a little earlier. He intends to begin taking better care of himself. For the past five or six years, nothing has been more important to him than his firm, and now that it is doing well and growing at a rapid pace, he sees the opportunity to come in later or leave earlier. “I simply need to reprioritize my health and time with my family higher on the list than it has been,” he says. He also adds, “It’s very, very difficult, but I’m slowly adjusting, but it’s definitely a battle.”

The Leading Fat Bike Manufacturer in the World

As Steve wants Borealis to be the best fat bike brand in the world, he wishes the company’s customer service to be recognized for providing the best service possible. He wants the world to know that Borealis has the largest fat bike inventory and that everyone understands Borealis has the best quality. According to him, if a new technology or industry development emerges, Borealis can pivot swiftly and respond, allowing its dealers and customers to stay ahead of the competition.

However, since the pandemic, the world has purchased more bicycles than ever before. “Our sales this year are up 67 percent,” Steve says. They were up 50% last year, which was all adding to the supply chain shortage and the delay in implementing creative ideas.

Borealis’ first E-bike will be offered in the near future. The launch date has been delayed until 2023 due to the pandemic, which is far later than Steve had hoped. “We are having fun with the prototypes but anxious to let the world give it a try!”

A Note for Emerging Leaders

Steve advises aspiring entrepreneurs to do a lot of listening and figure out how to encourage their employees or management team, sometimes strongly but respectfully. “You certainly have to recognize that the world changes very, very rapidly,” he says, adding, “that something you may have been fully behind a year ago is completely different today.” “You have to explain why the company is changing to your audience and stakeholders because you spent months, weeks, or sleepless nights figuring out your message, and you have to take the time to explain it to them, because they’re going to hear it for the first time, and you want them to get it immediately,” he continues.

As an entrepreneur, Steve believes that you must ensure that your clients and stakeholders have sufficient time to assimilate the information, which takes time. Because Steve is impatient with himself, he has been obliged to slow down a little to ensure that everyone understands, ask questions, and, in an ideal world, fine-tune the company message and direction during management meetings.